Someone Special with Tonic Studios – A Gift for Mother’s Day

At last it’s looking a lot like Spring outside….thankfully, but it is still chilly!

MJ hasn’t been around much over the past three weeks as she has had her gallbladder removed but she is starting to come back to her crafting now.  She has managed a little project for you today just in time for Mother’s Day. 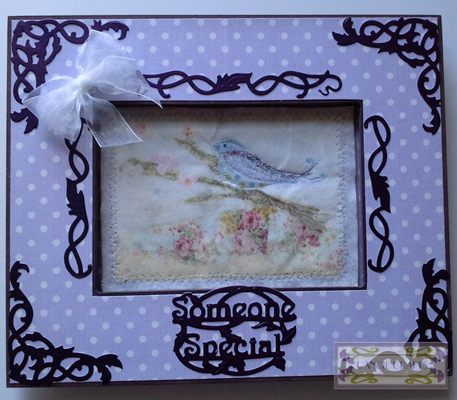 MJ took a blank MDF frame kit from her stash (actually she had forgotten she had had it at all!) and covered it using a printed paper from Crafters Companion Halcyon Days CD.  She also printed the bird topper onto white velvet paper, attached some light wadding to the rear and then stitched edges and the bird.  This was glued into the centre well. 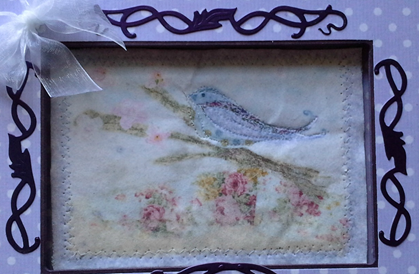 Next MJ die cut four corners, the sentiment and three borders using the Tonic Studios Art Nouveau Set which she loves!  Two of the borders were trimmed down to fit the shorter sides.  All elements were glued into position using the Nuvo Glue Pen – so handy and it sticks well too.

MJ hopes you like this quick and easy gift idea.