Tonic Studios have done it again with the Brand New Shadowbox Creations Die sets.  It's a whopper of a die with loads in the pack.  There is a total of 38 dies some cut and some deboss - brilliant!  Join Jodie on Friday 3rd March at 9am on Create & Craft TV.

So I thought I would start my sneak peeks with an easy one just for Dad :) 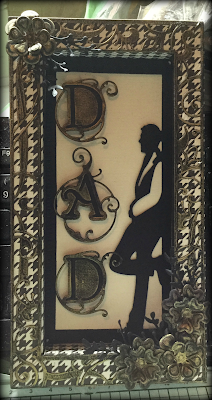